Eric Lichtblau reports in New York Times that for-profit colleges are getting away with lax regulation after a lobbying blitz these past several months. For-profits are known for intentionally exploiting the most vulnerable student populations and knowingly saddling them with student debt. But after a $16 million campaign by for-profits targeting Democrats, the Education Department has released a weak plan expected to have little impact on for-profit institutions. Read part of the article below: 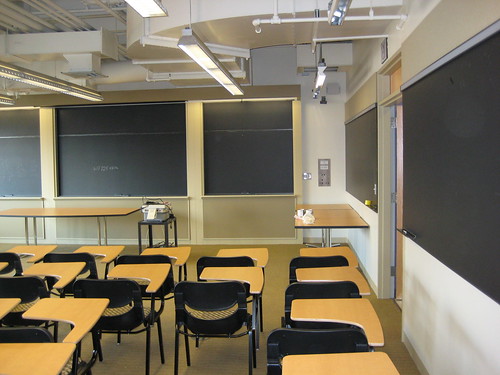 WASHINGTON — Last year, the Obama administration vowed to stop for-profit colleges from luring students with false promises. In an opening volley that shook the $30 billion industry, officials proposed new restrictions to cut off the huge flow of federal aid to unfit programs.

But after a ferocious response that administration officials called one of the most intense they had seen, the Education Department produced a much-weakened final plan that almost certainly will have far less impact as it goes into effect next year.

The story of how the for-profit colleges survived the threat of a major federal crackdown offers a case study in Washington power brokering. Rattled by the administration’s tough talk, the colleges spent more than $16 million on an all-star list of prominent figures, particularly Democrats with close ties to the White House, to plot strategy, mend their battered image and plead their case.

Anita Dunn, a close friend of President Obama and his former White House communications director, worked with Kaplan University, one of the embattled school networks. Jamie Rubin, a major fund-raising bundler for the president’s re-election campaign, met with administration officials about ATI, a college network based in Dallas, in which Mr. Rubin’s private-equity firm has a stake.

And politically well-connected investors, including Donald E. Graham, chief executive of the Washington Post Company, which owns Kaplan, and John Sperling, founder of the University of Phoenix and a longtime friend of the House minority leader, Nancy Pelosi, made impassioned appeals.

...The result was a plan, completed in June, that imposes new regulations on for-profit schools to ensure they adequately train their students for work, but does so on a much less ambitious scale than the administration first intended, relaxing the initial standards for determining which schools would be stripped of federal financing.

...In the end, Mr. Duncan and his department, after working for months with White House budget, economic and domestic policy officials, decided that the initial criteria for determining how effectively schools prepared students for jobs simply went too far.

The original framework “would have unnecessarily eliminated many, many good schools along with the bad,” said Justin Hamilton, an Education Department spokesman.

The final standards leave a maximum of 5 percent of schools facing financial sanctions at the start; the original plan would have meant penalties against an estimated 16 percent.

The rules also pushed back the penalties to 2015 from 2012, while requiring schools to disclose more data about loans, defaults and job placement.