Roll Call reports that billionaire Warren Buffett has given his approval of the "Buffett Rule," a bill introduced in Congress that would set at least a 30% tax rate for people  making more than $1 million a year. The bill was introduced by Senator Sheldon Whitehouse (D-RI). Read Buffett's words and Whitehouse's response in the article below: 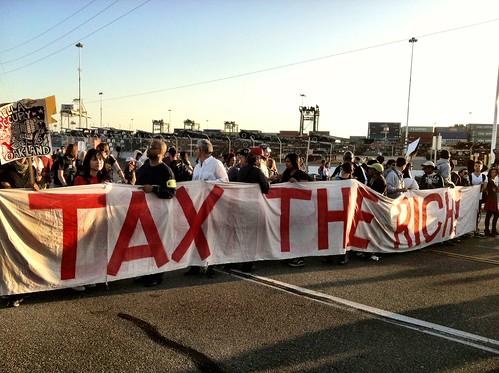 Billionaire Warren Buffett wrote to Sen. Sheldon Whitehouse (D-R.I.) on Wednesday in support of the lawmaker’s bill to charge millionaires a 30 percent minimum tax rate, as Democrats look to spark a debate on taxes and inequality.

“I’m delighted to be identified as a supporter” of the bill, Buffett said in a letter to Whitehouse, according to a release from the Congressman’s office.

“I have no problem endorsing any large step in the direction of greater fairness in the tax code,” Buffett continued.

The idea, which is typically referred to as the Buffett Rule, was put forth by President Barack Obama in the State of the Union address last month when he called for legislation that would require individuals making more than $1 million a year to pay at least a 30 percent tax rate to put them on par with the percentage paid by most middle-class taxpayers.

Democrats are convinced that not only is the issue good policy, but that it it’s a message that appeals to middle-class voters and will help yield important victories in the November elections.

Whitehouse introduced his proposal earlier this month and a House version of the bill was introduced by Rep. Tammy Baldwin (D-Wis.) who is running to replace retiring Sen. Herb Kohl (D-Wis.).

“I’m honored to have Warren Buffett’s support in the fight to create a fairer tax system for middle class families,” Whitehouse said in the release. “Mr. Buffett has long been a champion on this issue, and I look forward to working with him to make sure that all Americans are paying their fair share toward our nation’s success.”

“I’m proud to be working with Senator Whitehouse on legislation that will help level the playing field between middle class families and the wealthiest Americans,” Baldwin said in the release. “For too long, millionaires and billionaires have avoided paying their fair share in taxes. Warren Buffett’s endorsement of the Paying a Fair Share Act underscores its value to our economy and to working families who haven’t gotten a fair deal.”