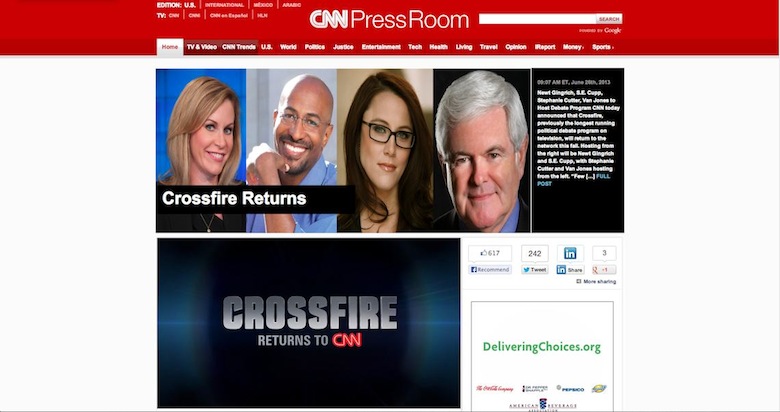 We are thrilled to announce that Rebuild The Dream Innovation Fund's president Van Jones will be co-hosting "Crossfire", a reboot of the longest-running political debate show that aired on CNN from 1982 - 2005.