The Truth Behind the Academic Freedom Through Regulatory Relief Act (H.R. 2637) 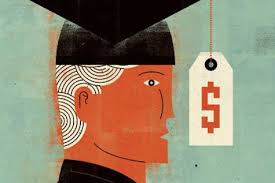 The "Academic Freedom through Regulatory Relief Act" has a rather catchy name, don't you think?

That’s because it’s meant to sound good - especially to students seeking higher education. Unfortunately, when we dug deeper into what this bill truly entails, we discovered that it didn’t sound so good after all.

Rebuild The Dream recently joined a coalition of 38 organizations -- led by our friends at The Institute for College Access and Success (TICAS) -- in sending a letter to the U.S. Congress expressing strong opposition to this legislation, also knows as H.R. 2637.

While supporters of this bill contend that it will reduce federal intrusion on higher education, protect student choice, and minimize the cost of regulatory burden on colleges, what is really being proposed are the following:

What exactly do these measures really mean, and more importantly, how do they impact us?

According to Equal Justice Works, "the gainful employment regulation was designed to reveal programs that burden students with high levels of student debt, while providing relatively low-level credentials." In other words, this regulation would help identify below-par academic programs by creating standards for gainful employment (i.e. getting a job) and removing federal loan eligibility from students who attend these underperforming institutions.

After you graduate, would you like to get a job? Would you like to make enough money in that job so that you can eat regularly, pay rent, and enjoy the occasional Starbucks latte, in addition to paying back your student loans?

If you answered yes to any of the above, then you can clearly see how gainful employment regulation is there to benefit and protect you, the student, from making poor educational investments, particularly those found at for-profit colleges, such as the Art Institute and University of Phoenix.

Did you know that it costs upwards of $92,000 to earn a degree in Digital Photography from the Art Institute’s Los Angeles campus? And that doesn’t even include books and supplies. Naturally, most of us would probably take out student loans and seek out federal aid to help pay for tuition.

And did you know that the for-profit college industry enrolls about 10% of all students while accounting for nearly half of federal student loan defaults? That’s because there’s not as many jobs in digital photography as one might expect. And certainly even fewer jobs in that category that earn enough to pay back a debt of that size.

Does this sound a bit suspicious to you too? It should. After all, some for-profit colleges are collecting close to 90% or more of their funds from federal taxpayers while simultaneously being investigated by more than 32 state attorneys general, the Securities and Exchange Commission and the Consumer Financial Protection Bureau.

In our coalition letter, we underscore the value and need for gainful employment regulation:

"As modest as the gainful employment rule vacated by the court was, it's threat of real sanctions helped prompt several of the biggest for-profit colleges to eliminate some of their worst programs, freeze their tuition costs, and make some reforms, like giving students trial periods before banking their tuition checks… Failure to promptly proceed with regulating gainful employment will not only miss an opportunity to move career education forward, it will also move it backward."

When this ban was enacted 20 years ago, it fostered broad bipartisan support, which resulted in recently closing a dozen “loopholes that had led to recruitment and enrollment tactics employing lies, deception, 'pain' and 'fear' to pressure students to enroll.” 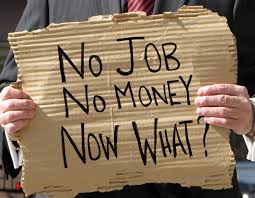 How would you feel knowing that someone earned a bonus because they enrolled you in a school? The repercussions of this kind of behavior are both obvious and dangerous.

The U.S. Government Accountability Office recently released a report indicating that undercover tests at 15 for-profit colleges found that all of the colleges either encouraged fraudulent practices or made deceptive or otherwise questionable statements to undercover applicants.

We must not allow students to be swindled, deceived and robbed of a decent education, which is exactly what the Academic Freedom through Regulatory Relief Act is aiming to do.

Take a stand and read the letter in its entirety here.