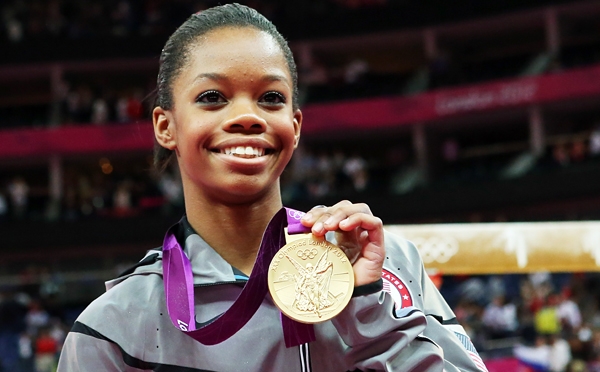 Gabby Douglas won gold, but faced financial obstacles on her road to London.

Our Olympic athletes put everything on the line to represent the United States of America.When the country cheers on our Olympians, we can forget that they face many of the same problems as millions of Americans on their path to achieving their Olympic Dreams.Bronze Medal Gymnast Danell Leyva lost his home to foreclosure in 2010. His parents were living in Florida, the state second hardest-hit by foreclosures after the collapse of the housing bubble. The Leyva family owed over $326,000 on a home that later sold for $141,800. His step-father, a former gymnast and coach, describes how he lost half his students during the housing collapse:

"I was in a hard situation, like everybody else, three or four years ago when the housing market collapsed," he told the magazine. "We live in Miami where most people’s business is real estate, so we lost about 50 percent of our students. We looked at the students who were really good in gymnastics but whose parents were struggling now, and told them to pay us whatever they could each week: If you can pay 20 bucks, pay me 20 bucks. If you can pay 10 bucks, pay 10 bucks. And when things get better, we’ll go back to normal and you don’t have to pay me what you owe me; we’ll just start over."

Leyva isn't the only Olympian affected by Florida's housing bust. Swimming star Ryan Lochte's parents are facing foreclosure. Even America's sweetheart, gymnast Gabby Douglas, has been affected by the economic downturn. Her mother filed for bankruptcy earlier this year. Most of her debt came from a mortgage on modest home in Virginia.Millions of homeowners across the country are still suffering from the economic collapse. It isn't just a few over-leveraged homes, it's everyone -- even the Olympians we'll be cheering on tonight.