Posted on Blog · August 09, 2012 4:48 PM
The “un-fan” club of Ed DeMarco, Acting Director of the Federal Housing Finance Agency, is getting bigger and bigger.  This morning, Executive Director of the Sierra Club Michael Brune, International President of the United Steelworkers Leo Gerard, and Van Jones joined forces to ask President Obama: Please replace DeMarco already.“As the head of a union that witnessed many members suffer job losses during the worst of the Great Recession, I hate to see anyone lose their job. In the case of Ed DeMarco, however, he’s got to go,” said the Steelworkers’ Gerard.At first glance, this may seem like an unlikely alliance.  What could have the Acting Director of the Federal Housing Finance Agency done to tick off both greens and labor?DeMarco is standing in the way of providing "principal reduction" to millions of Americans whose homes are underwater, meaning they owe more money on their mortgage than their homes are now worth. Principal reduction would adjust the size of the loan to more accurately reflect the current home value. According to Gerard, this can help prevent deterioration of home values, since homeowners who aren’t underwater are less likely to walk away from their homes and will continue to pay their mortgage.  Principal reduction could help keep millions of families together in their homes, and DeMarco’s resistance to it is tearing these families apart.And it turns out that principal reduction isn't the only thing that DeMarco is stopping.  He also blocked another great idea called Property Assessed Clean Energy (PACE), which could’ve created tens or hundreds of thousands of permanent jobs, allowed millions of Americans to save thousands of dollars in energy costs, and cut pollution.  “In his four years at the Federal Housing Finance Agency, Ed DeMarco has stood as a barrier to progress and job creation,” Brune said. “Sierra Club and our 1.4 million members and supporters are proud to join this effort with Rebuild the Dream, Steelworkers and the greater progressive community.”Here’s what would’ve happened if DeMarco didn’t block Freddie Mac and Fannie Mae from participating in PACE: If you were a homeowner who wanted to install solar panels and energy efficient equipment to your house, you could apply for financial assistance with your city government program.  Once you’d installed these technologies, your property value would get reassessed.  Because the house would now be more energy efficient, the value would go up, and the cost of the installation would be covered by the increased property taxes you'd be paying over the next 20 years.  If you decided to move out of your house, the house’s next owner would inherit the upgrades and assume the responsibility to pay for them.It would be a true win-win for everyone.  The expensive upfront costs would be spread out over the course of 20 years, so you wouldn’t need to tighten your wallet.  You’d save thousands of dollars in energy costs through the years.  Pollution would be reduced, and pollution-related disease rate would go down in your community.  And desperately needed, well-paid union jobs would be created to help families get back on track.  According to the Solar Energy Industry Association, even if only one percent of all American households participated in PACE, 226,000 jobs would be generated.PACE was a very popular concept: 28 states authorized PACE’s implementation, and hundreds of local governments began to develop the financial structure for PACE.  FHFA’s reason for blocking it?  The property tax assessment (a “lien” in tax language) takes priority over the mortgage if a homeowner defaults.  FHFA claimed that this is risky to lenders, and that PACE’s funding mechanism is not essential to encourage energy conservation.Let’s review: DeMarco is one bureaucrat standing in the way of two great ideas that would create jobs, help the environment and homeowners, and save taxpayers money.  Getting rid of this guy is just common-sense -- and it needs to happen immediately.  Join more than 100,000 Rebuilders, members of Sierra Club, and Steelworkers to tell President Obama: DeMarco has REALLY got to go.  Now.

The Call To Fire DeMarco Renews

Posted on Blog · August 01, 2012 1:42 PM
Big news this week.The Federal Housing Finance Agency released a report on their study on the effects of principal reduction and Edward DeMarco announced he would block efforts to reset home loans to fair market value.Here's what we said on the issue:

"More than 85,000 Rebuild the Dream members have signed a petition calling on  President Obama to fire Acting Director DeMarco, and thousands more have made phone calls to the White House. We value the administration's continued pressure on DeMarco to embrace principal reductions -- including Treasury's repeated offers to provide assistance and incentives -- but the time for more forceful action has come. This community will continue demanding that our leaders provide real hope to homeowners, including principal reductions that will keep families in their homes and expanded refinancing options that will save millions of homeowners hundreds each month."- Ian Kim, Managing Director of Rebuild the Dream

Want to catch up on the news surrounding Ed DeMarco? We have a miniature roundup ready for you: 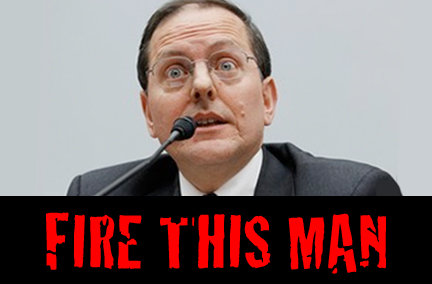