These young people teamed up with business leaders, innovators, coders, and community activists from an array of diverse backgrounds to collaborate and create apps and programs focused on community problem solving. Teams were tasked with designing new technology that would tackle the following important issues: Education, Health, Restorative Justice, Gaming, and Sustainability.

On Saturday, the groups had a chance to take a breather from their marathon coding sessions to enjoy a #YesWeCode hosted dinner and reception, which featured a keynote speech by Rebuild The Dream President Van Jones as well as wisdom from local tech leaders, such as Black Girls Code Founder Kimberly Bryant and Kapor Center Co-chair Mitch Kapor.

The crowd rose to their feet numerous times during the festivities. Below, Van and event organizers stand proudly with the weekend’s young coders.

The Zimbabwean Marimba Ensemble, Master Blaster G and Dom Jones also entertained the crowd of more than 300 during the reception.

Those who weren’t present were still able to join virtually. The White House Initiative on Educational Excellence for African Americans shared a congratulatory tweet:

The San Francisco Chronicle also highlighted the Hackathon and its goal to broaden Silicon Valley’s recruitment pipeline in a recent business cover story.

Oakland Local, also an event sponsor, covered the weekend as well, which you can check out here.

Watch the video below to hear Van Jones discuss his vision for #YesWeCode. 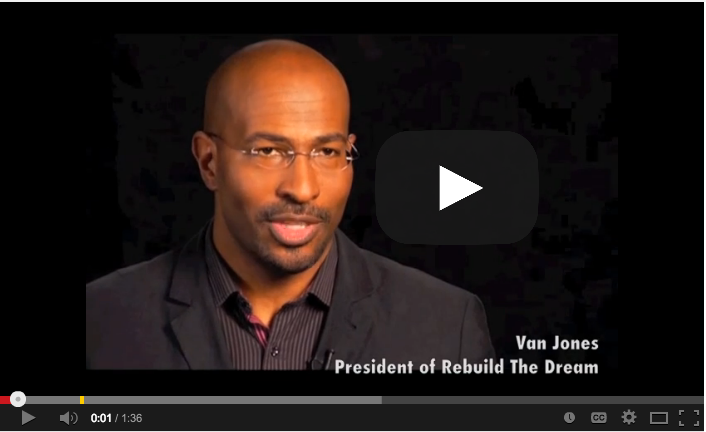