My statement on delay of Keystone XL Pipeline 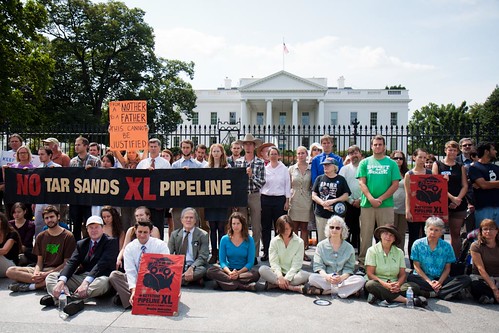 The people have won a great victory today. The federal government announced a hold on the Keystone XL pipeline, the fuse that would light the Alberta Tar Sands carbon bomb, for the immediate future. This victory wouldn’t have been possible if not for thousands of climate change activists joining with farmers, ranchers, suburban moms, domestic workers, and students to speak out with a loud united voice against the pipeline. But for now, it’s only a respite for a couple of years. If we are going to convert this into a permanent win, we need to continue to reach out to the broader public with the same urgency and creativity that got the notice of the Obama Administration and state governments in the Midwest. I said earlier this week that we have a duty to support President Obama when he is in the right, and an equal duty to oppose him if he is wrong. I’m heartened to find out that he came down on the right side of history today. I’m hopeful that when the federal government makes a more permanent decision in 2013, the people can continue to exercise their veto over the harmful and wasteful Keystone XL pipeline.