Government By the People Act 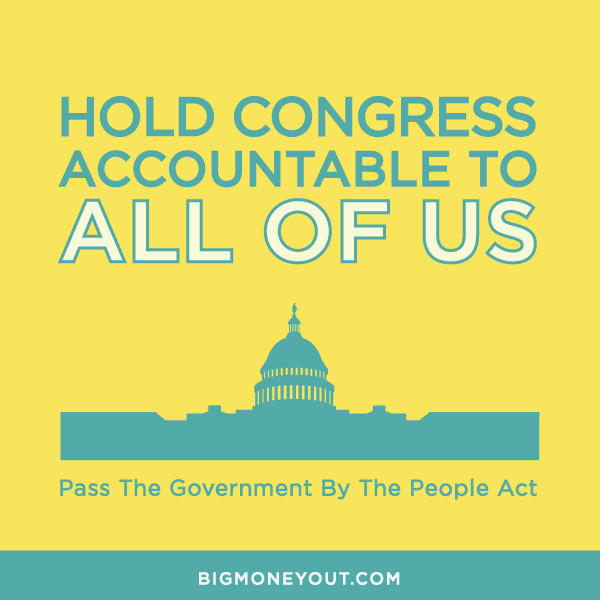 SIGN ON: Be a Citizen Co-Sponsor of the Government By the People Act

We demand a government that is accountable to all of us, not just wealthy donors. I support the Government by the People Act (H.R. 20), which reduces the influence of big-money campaign donors by amplifying the voices of all Americans. Candidates can then focus their attention on people like me to support their campaigns, instead of bankers or lobbyists. As a citizen co-sponsor, I urge my representative to be a leader in ensuring that our government is of, by, and for the people by working to pass this critical bill.

We'll tell Nancy Pelosi and reformers in Congress how many people supported this bill and work with them to generate support in Congress.

Show your support by signing on as a citizen co-sponsor now!

Supporters will also be automatically entered to win 1 of 5 FREE DVD copies of FORWARD 13: WAKING UP THE AMERICAN DREAM, a new documentary by Patrick Lovell and featuring Rebuild The Dream president Van Jones, which tells the story of the 2008 financial crisis and its ties to big business. [winners will be selected at random and contacted by email on 3/15/14]