The New York Times reports that as inequality spreads and the gap between America's richest and poorest continues to widen, our middle class is definitively dissolving.A couple weeks ago, over 300 teach-ins across the U.S. explained how America's middle class, once the strongest and biggest the world had ever seen, was built for and by Americans. But the Right has eaten away at the very deliberate provisions set by our predecessors to protect the road to shared economic prosperity.Read parts of the New York Times article below: 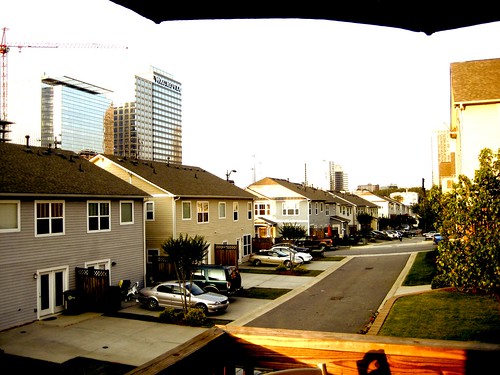 "The portion of American families living in middle-income neighborhoods has declined significantly since 1970, according to a new study, as rising income inequality left a growing share of families in neighborhoods that are mostly low-income or mostly affluent.

The study, conducted by Stanford University and scheduled for release on Wednesday by the Russell Sage Foundation and Brown University, uses census data to examine family income at the neighborhood level in the country’s 117 biggest metropolitan areas.

The findings show a changed map of prosperity in the United States over the past four decades, with larger patches of affluence and poverty and a shrinking middle.

...Sean F. Reardon, an author of the study and a sociologist at Stanford, argued that the shifts had far-reaching implications for the next generation. Children in mostly poor neighborhoods tend to have less access to high-quality schools, child care and preschool, as well as to support networks or educated and economically stable neighbors who might serve as role models.

The isolation of the prosperous, he said, means less interaction with people from other income groups and a greater risk to their support for policies and investments that benefit the broader public — like schools, parks and public transportation systems. About 14 percent of families lived in affluent neighborhoods in 2007, up from 7 percent in 1970, the study found..."