This week, both California Attorney General Kamala Harris and the Congressional Progressive Caucus (CPC) went public calling on Edward DeMarco, the head of the Federal Housing Finance Agency, to allow principal reduction for homeowners who owe more than their house is worth.Over 60,000 of you signed Rebuild the Dream's petition calling on President Obama to fire Edward Demarco. He is a holdover from the Bush administration who has repeatedly acted in defense of Freddie Mac and Fannie Mae, and he's deeply tied to Wall street. Until DeMarco is out of office, relief for homeowners will keep meeting a roadblock.Kamala Harris made public her letter to DeMarco calling for “a thorough, transparent analysis of whether principal reduction is in the best interest of struggling homeowners as well as taxpayers.”“I know this effort will confirm what many economists have already concluded," said Harris. "Principal reduction plans are the most helpful form of loss mitigation for homeowners and the most cost-effective for investors when compared to foreclosures.” 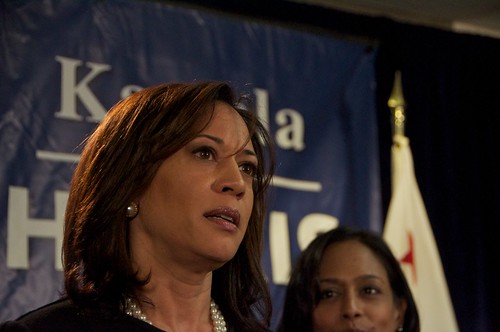 “Twelve million Americans owe more money than their home is worth,” Grijalva and Ellison said. “The American people have been duped, lied to, and kicked out of their homes,and now it’s time for Mr. DeMarco to stand up and do right by them.”

Combined, Freddie Mac and Fannie Mae own or guarantee more than half of all mortgages in the country. DeMarco has faced calls for his resignation for refusing principal reduction, sometimes called “debt forgiveness,” for Freddie and Fannie mortgage holders.

“Underwater homeowners need justice,” Grijalva and Ellison said. “Write downs are about keeping families in their homes and saving taxpayers money by preventing foreclosures. Simple, straightforward principal reductions are a good way to prevent the foreclosure crisis anchor from dragging down the U.S. recovery.”

This call echoes that of a coalition of progressive organizations and families struggling to keep their homes. The coalition includes Bowie, Md., homeowner Bertina Jones, U.S. Marine Arturo de los Santos in Southern California, and advocates for Mr. de los Santos in New York. Along with their allies, they participated in protests yesterday at regional Freddie Mac offices demanding fair negotiations for themselves and other Americans who have been evicted from their homes.