Politico reports that billionaire Bill Gates is in favor of the Wall Street Tax! Yesterday Gates proposed to the G20 that such a tax be used to fight global poverty. Read the story here: 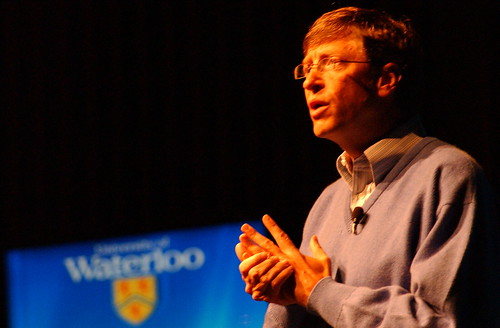 "Billionaire philanthropist Bill Gates will tell the G20 Thursday that they could raise $48 billion to fight global poverty by levying a 'Robin Hood' tax on the trading of bonds and shares.

Gates will talk about the transaction tax - dubbed by some as a 'Robin Hood' tax - when he speaks before the G20 to deliver a report commissioned by French President Nicholas Sarkozy on international development, according to The Guardian.

'It is very plausible that certain kinds of FTTs [financial transaction taxes] could work. I am lending some credibility to that. This money could be well spent and make a difference. An FTT is more possible now than it was a year ago, but it won’t be at rates that magically raise gigantic sums of money,' Gates told the British newspaper.

Estimates are that the Robin Hood tax could bring in $50 billion a year."