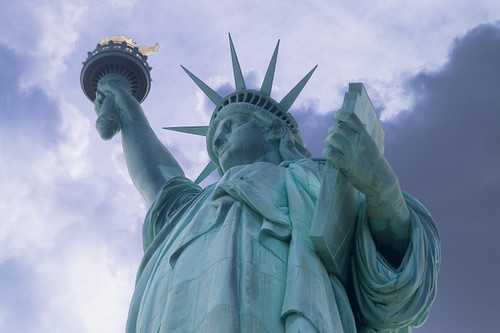 Longtime progressive commentators Robert Borosage and Katrina Vanden Heuvel have an extensive article in The Nation, "Can a Movement Save the American Dream", on the historical roots of the American Dream Movement, parallels to older American reform movements, and the unique challenges that we face today. Here's a peek:

Wisconsin provided inspiration for the effort by Van Jones and others to launch the American Dream Movement. Jones, the founder of Green For All, joined MoveOn.org, the Center for Community Change, the Campaign for America’s Future and dozens of unions and other progressive organizations to build an initiative that many activists can affiliate with and help to define. Just as the Tea Party provided an umbrella for conservative groups with disparate agendas, ranging from small-government purists to Christian fundamentalists to Citizens Council racists, so the American Dream Movement hopes to provide an umbrella and help mobilize energy for widespread progressive organizing efforts that are virtually invisible nationally. But unlike the Tea Party, the American Dream Movement is championing concerns that have broad popular support. As a first step, the initiative held more than 1,500 house parties across the country to help develop a “Contract for the American Dream.” More than 130,000 activists joined online and in person to define a reform agenda that challenges the limits of the current debate. It includes major initiatives for jobs and growth: a commitment to reinvest in our decrepit infrastructure and to recapture the lead in the green industrial revolution. It calls for repairing our basic social contract, with investment in education from preschool to affordable college, Medicare for all and protection of Social Security. It would make work pay, empowering employees to organize unions and championing a living wage. It advocates progressive tax reform and an end to America’s wars abroad to help get our domestic books in order. And it demands sweeping democratic reforms to curb the power of money politics and clean out the Washington swamp.

Looking back at the labor movement late 19th and early 20th centuries, the women's suffrage movement, and the civil rights movement of the 1950s and 1960s, Borosage and Vanden Heuvel make a strong argument that it matters little who we elect in the coming years if we don't act on the ground. As they point out, King helped win civil rights reforms on the bridge at Selma, not by campaigning for Johnson. The movement came first, then the voting. The whole article is well worth your time. As they say, read the rest.