According to the latest Gallup Poll, Congress's approval rating is lower than it's been in 19 years. 76% responded that Congress does not deserve to be reelected. Read some analysis from Politico: 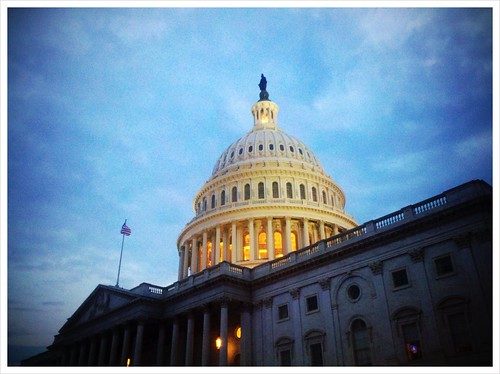 The anti-incumbent sentiment toward members of Congress has reached a 19-year high, with three out of four voters saying most lawmakers do not deserve to win reelection, according to a new Gallup poll Friday.

Seventy-six percent of respondents said most members of Congress do not deserve to be reelected, while just 20 percent said they deserve to be sent back to office.

The anti-incumbent mood was stronger among independents — 82 percent said members of Congress don’t deserve reelection, compared to 75 percent of Republicans and 68 percent of Democrats who said the same.

The previous high in the anti-incumbent sentiment was in August, when 70 percent said most members of Congress do not deserve another term. Friday’s poll also comes less than a month after Congress received its lowest favorability rating in more than 25 years. However, voters were much more positive about their own member of Congress than lawmakers on Capitol Hill in general, with 39 percent saying the representative from their own congressional district should not be reelected, while 53 percent said their representative should be. Meanwhile, the anti-incumbent sentiment toward President Barack Obama fell somewhere between that felt for most members of Congress and representatives from people’s own districts — 55 percent said the president should be booted from the White House, while 43 percent said he should win a second term. The Gallup poll was conducted Nov. 28-Dec.1 among 1,012 adults and 903 registered voters. The margin of error is plus or minus 4 percentage points.
Do you like this post?
Tweet