A 28-year-old in Des Moines, Iowa is making noise with his new start-up, which moves around $30 to $50 million per month. The start-up, Dwolla, founded by Ben Milne, helps users evade credit card fees when making online payments. Imagine what could be done with Dwolla's technology on a national scale! Catch excerpts from his interview with Business Insider below: 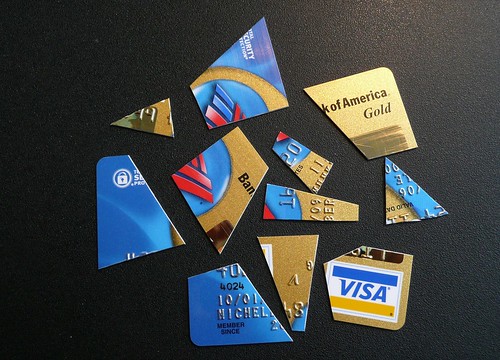 I'm told you're pissing off credit card companies. How are you doing that?

Ultimately we're trying to build the next Visa, not the next PayPal.  We're building a human network based on how we think the future of payments will work. The current model needs to be blown up.

Dwolla started out of my old company.  I owned a speaker manufacturing company and we sold everything directly through a website.  I got really obsessed with interchange fees and how not to pay them.  Every time a merchant gets paid with a credit card, they have to give up a percentage.  In my case, I was losing $55,000 a year to credit card companies.  I felt like they were stealing from me -- I was getting paid and somebody was taking money out of my pocket.

So I thought, how do I get paid through a website without paying credit card fees?  We pitched a bank, and amazingly enough they said, "We'll give it a shot."

That was three years ago, so we've been working on the project for a really long time. In December of last year we figured out how to legally do what we do.

Why hasn't anyone side stepped the credit card companies before?

I think a lot of it is timing and luck.  And a little bit of getting your foot in the door.  One of our investors is a $1.8 billion financial institution. That's atypical anywhere, let alone in Iowa.  Having them on board allowed us to get into a lot of rooms.

We serve everyone from the landlord taking in one payment to the individual buying a coffee with their cellphone, to billion-dollar corporations.  Because we're so atypical and look at mobile payments differently, we got in the room with the Federal Reserve and the US Treasury who allowed us to have a conversation, not only from a corporate standpoint, but from a government monetary distribution standpoint.

All banks are connected by one APH system.  Credit card companies utilize that same system to pay off your credit card charges.  Banks internally set along that same system to move money in their own banks.  This system in its own right is riddled with flaws -- tons of fraud issues and waste and delays.  If you've ever had a payment take a few days to clear, its because they're waiting on that APH system.

We want to fix that system between the banks, take out the delays and make it instant.  If we can create this ubiquitous cash layer of distribution between consumers and merchants and developers and financial institutions, that actually fixes the problem.

No one has built a payment network in 30 years -- since credit cards.  Everybody has concentrated on how we build a portal for credit cards, from digital wallets to Square. We don't believe in credit cards.  We believe in authorization and in lower cost transfers.  Our generation actually understands that when you buy sh*t, it comes out of your bank account and you have to pay for that.
Do you like this post?
Tweet